The severity of flood problem of the state has been further aggravated by the acuteness of erosion on both banks of river Brahmaputra and its tributaries. Study reveals that an area of 4.27 Lakh Hectare of the state has been eroded by the rivers since 1950, which is 7.40 % of area of the state. The average annual rate of erosion is 8000.00 Ha. The world's largest river island Majuli is also under the grip of erosion by river Brahmaputra and about 60 % of its original area has already been engulfed by the river. 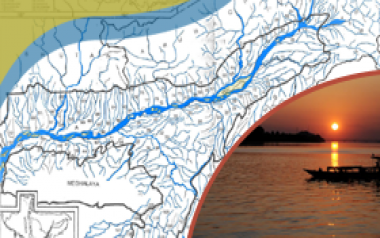