After the unprecedented floods in the country in 1954, the Govt. of India announced a National Policy on Floods comprising three phases viz.-

The flood control activities in Assam started mainly after the announcement of National Water Policy. Subsequently, "outlined plan for flood control in Assam" along with various comprehensive plans were prepared and the priority areas, which need immediate and urgent attention were identified.

Till date, the Water Resources Department has taken up works primarily for the general development of the rural sector and for the protection of major townships in both the Brahmaputra and Barak valley. Schemes have also been taken up to relieve the drainage congestion in the cities and other important areas.

The Water Resources Department, Assam has been implementing the above mentioned flood management schemes from the beginning of 2nd Five Year Plan and is continuing till now. The up to date physical achievement is as follows: 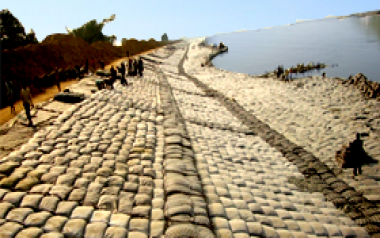